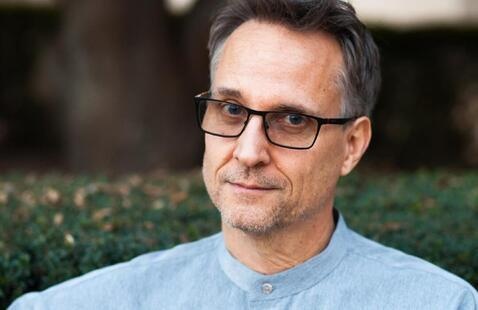 Chuck Austen (born Chuck Beckum) is an American comic book writer and artist, TV writer and animator. In the comics industry, he is known for his work on "War Machine," "Elektra," "JLA, ""Action Comics" and the "X-Men" franchise. For television, Austen is known for co-creating the animated TV series "Tripping the Rift," directing on "King of the Hill" for Fox, "Penn Zero" and "Randy Cunningham" for Disney and various shows at Nickelodeon, and a producer on Cartoon Network's "Steven Universe" (2013). He has also most recently served as an Executive Producer on multiple Dreamworks properties including "She-Ra and the Princesses of Power" (2018), "Dawn of the Croods" and "Rocky and Bullwinkle," as well as a support producer on "Kipo and the Age of Wonderbeasts" (2020). Austen is currently working with artist Pat Olliffe on his brand new sci-fi series "Edgeworld" released through Comixology.