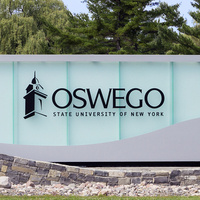 Oswego Opera Theater presents Benjamin Britten’s masterpiece "Noye’s Fludde" ("Noah’s Flood"). The opera derives from an English medieval "miracle play" performed by the guilds. The story recounts the Biblical flood and how Noah saved his family and animals from death. Set to music by the English composer Britten, the opera features professional singers from the Central New York region, as well as student performers and production leaders from SUNY Oswego, and children from the community playing the animals. Tickets are $15 ($10 for seniors and $5 for children and students), and are available at Wayne Drugs and the River’s End Bookstore in Oswego, as well as at the door.