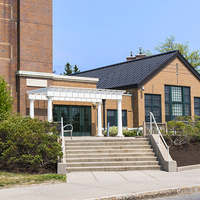 Opened in 1960, Riggs Hall was the second of four Lakeside Residence Halls that opened between 1956 and 1961. Following a $10 million renovation in 2007, Riggs was the second of the Lakeside halls to be renovated, following Johnson Hall in 2003.